weird nails, was shown for the first time at a.m. in London on Friday 31 July, 2015. Taking as points of departure the inherent utopian qualities of queerness posited by José Esteban Muñoz, Ursula K Le Guin’s science fiction novel The Dispossessed and Yelp reviews of Giant Rock, a location in the Mojave Desert with a reputation for UFO activity, the performance continued an exploration into the multifarious possibilities of understanding and inquiry presented by the phrase “new world”.

In weird nails the actions of the four performers encroach upon dance. An amateur choreography, developed in collaboration, becomes a strategy by which their occupation of the space might be brought closer to a physical manifestation of the ideas seeding the work. In the introduction to his book Cruising Utopia, The Then and There of Queer Futurity, Muñoz urges us to “strive, in the face of the here and now’s totalizing rendering of reality, to think and feel a then and there […] we must never settle for the minimal transport; we must dream and enact new and better pleasures, other ways of being in the world, and ultimately new worlds”. Queerness, he suggests, is “that thing that lets us feel that this world is not enough, that indeed something is missing”. Although there is no narrative in the literal sense, a progression through a series of states is evident, as the performers, in the role of the New Worlders, seemingly embark upon this utopian quest. Activating it before a group of spectators gives new resonance to a passage from The Dispossessed. Le Guin’s line, “The sister planet shone down upon them, serene and brilliant, a beautiful example of the improbability of the real”, which features in the piece, suggests a way of considering the audience’s position in relationship to the performers and the work, and vice versa, as well as our collective (although far from finite) correlation with an imagined, longed-for, new world. Furthering the sense of a plot-that-might-be, text is brought into play. Lines from seminal documentary film Chronique d’un été (1960) are read alongside the Giant Rock reviews, which are proposed to hold a latent poeticism as the site’s many layers of meaning are shuffled and re-appropriated: the phantasmagory of UFOlogy against the grim reality of racist graffiti, roadside memorials “slutty drunk girls”, “alcoholic marines” and “weird nails”.

The performance adheres to the architecture established by an accompanying film, a sort of visual score furthering the science fiction-ness that hues the piece. The soundtrack consists of snippets of pioneering pop-producer and musician Joe Meek describing his studio, and two songs by Patrick Cowley — and importantly, the transition that joins them — taken from his final album; all chosen for their traces of utopian yearning. It also contains an original composition by musician Mark Deal, referencing Meek, developed through discussion with the artist.

weird nails builds on an ongoing body of work entitled I Hear a New World. The overarching project combines publication, drawing, site-specific performance-drawing, research, expedition and documentation. Objects, some of which feature in the performance, are constructed to populate the resulting terrain, assembled from a reduced lexicon of quotidian materials, often cast for their allegorical or metaphorical properties: sticks gathered in city parks, glow-in-the-dark paint, drawing pins, string, nylon rope, florist’s wire and pencil. 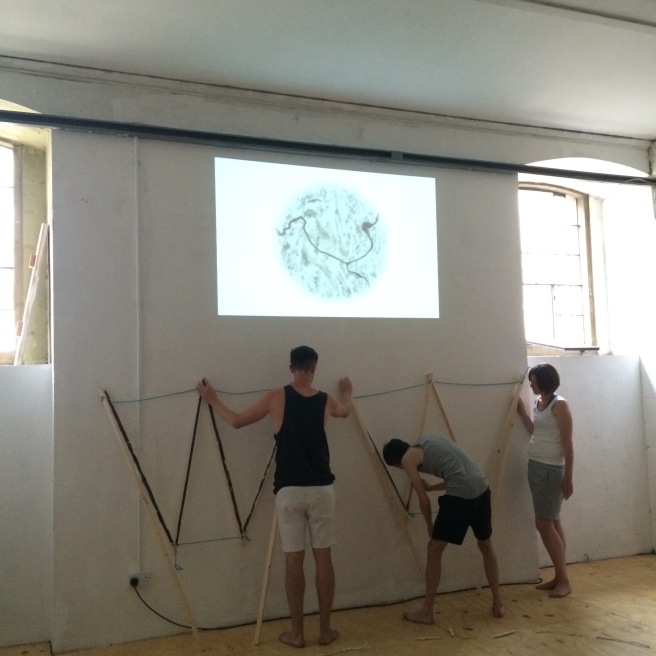 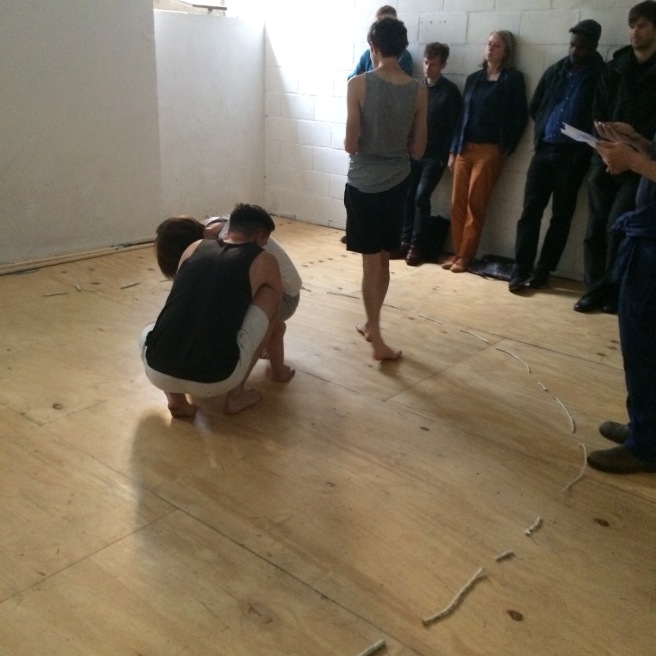